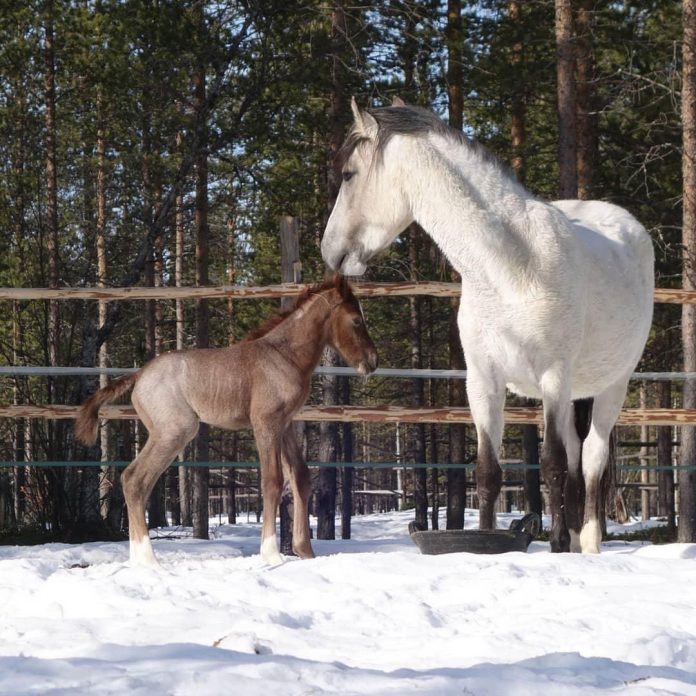 In February, O’odham Action News reported that a wild horse from the Salt River Pima-Maricopa Indian Community took a journey to Siperia, an Arctic-experience tourist destination in Finland, in fall 2020.

It turns out that horse, named Nube by owner Tinja Myllykangas, was pregnant during the trip across the Atlantic Ocean. A healthy and active foal was born on April 23 in Finland, and Myllykangas asked the Community to help name her.

The O’odham Piipaash Language Program provided proper spellings and meanings, and Myllykangas decided to choose the name Akimel for the newborn foal.

“Akimel stays outside with Nube, and they can run as much as they like and, of course, eat a lot. They have an open stable to go inside as they want,” said Myllykangas.