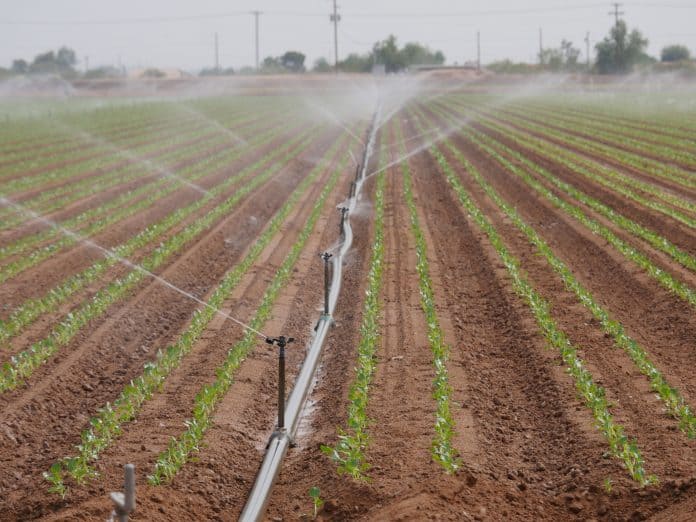 For the past two decades, the Southwest has been in the midst of a megadrought. The Colorado River, which supplies water to the state of Arizona and other southwestern states through the Lake Mead and Lake Powell reservoirs, has seen its flows drastically reduced. However, stakeholders from across the Southwest came together in recent years and worked to develop the Colorado River Drought Contingency Plan to help manage water usage in times of severe drought. The plan works to stabilize the river system and includes agreements on water usage rights by the various states.

Currently, the Lower Colorado River Basin is in a Tier Zero shortage, which means Arizona must take a 192,000-acre-foot reduction in the amount of Colorado River water being supplied to the Central Arizona Project.

The CAP said that it anticipates the first-ever Tier 1 shortage declaration on the Colorado River beginning in 2022. The shortage will result in another substantial cut to Arizona’s share of the river’s water, with reductions falling largely on central Arizona agricultural users. The CAP ensures that water supplies for cities will not be affected and tribal supplies will remain secure.

The Tier 1 reductions would constitute about 30% of CAP’s normal supply, about 18% of Arizona’s Colorado River supply, and less than 8% of Arizona’s total water use, according to CAP.

“These reductions are painful, but we are prepared,” said a CAP representative. “We have long understood the risks to Arizona’s Colorado River supplies and have been planning for decades, including the successful efforts to help craft the Drought Contingency Plan for the Colorado River system in 2019.”

CAP plays a major role with regard to water delivery, system maintenance and responsible water management for their primary stakeholders, which include tribal communities. CAP’s “Indian Priority” water is among the highest-priority water in the CAP system, which means it will be among the last in the CAP system to receive a reduction in the case of deeper shortage levels.

CAP said to O’odham Action News that Arizona’s innovative water-management programs and collaborative long-term planning have allowed water providers and private entities to store trillions of gallons of water underground to be used in the future. “Together, we’ve stored more than 4 million acre-feet of water to provide back-up supplies to Arizona’s municipal, industrial, and Native American water users,” CAP stated.

The Salt River Pima-Maricopa Indian Community’s water rights are codified in the 1988 Water Rights Settlement Agreement. The agreement, which guarantees the Community’s rights of 122,400 acre-feet per year (AF/yr), is federal law and can only be changed by an act of Congress.

“The Community gets its groundwater supply from deep wells, and its surface water supply is delivered by Salt River Project through the Arizona Canal (Salt River area) and the South Canal (Lehi area),” said Michael Byrd, assistant public works director for utilities and roads at SRPMIC. “The groundwater supplies domestic water and some farming needs, and the surface water supply is primarily used to provide irrigation water to the farmers and Community residents who have access to the irrigation ditches.”

Byrd said that the availability of water in the Community is unlikely to be a problem for the time being. Farming currently accounts for approximately 90% of the Community’s water use; however, farming is decreasing as commercial development and residential housing grows, so the Community’s overall surface water usage can be expected to decrease in the future.