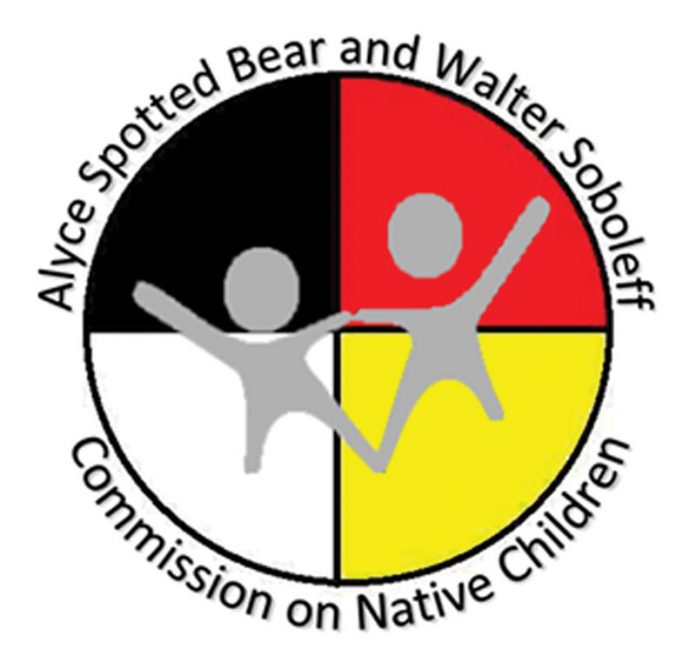 The Commission on Native Children resumed its Southwest/Western Regional Hearing in Phoenix February 24-26 after a two-year delay due to the COVID-19 pandemic. The three-day hearing featured presentations from experts in the region about both the successes and challenges in supporting the health, safety and well-being of Native children. The first and last days of the commission also included public comments and testimony.

On the second day of the hearing, Salt River Pima-Maricopa Indian Community President Martin Harvier gave the opening prayer and addressed some comments to the commission.

“I really appreciate the work that you all are doing and the task that you have,” he said. “And I appreciate those who will be coming before you, because they are the feet on the ground and are coming to report to you on changes that can take place that can help strengthen Indian Country,” said Harvier.

Harvier explained that he lived in three different Arizona tribal communities as a youth and they all had the same issues.

“You look at the history of Natives from the boarding school times, and I look at the veterans, because some of our leaders say things changed when the wars came and the men had to leave the women behind to raise the children. A lot of the veterans came back and they weren’t the same. That’s when they say a lot of the alcoholism happened, because the [veterans] tried to erase the things they had experienced.

“There have been many years of challenges for tribes, many obstacles that have been put in our paths.”

Harvier shared with the commission that one of the local high school’s basketball teams has a majority of Native American players and the starters are all Native Americans on a 6A team.

“When you look at the student section [of the spectators at the game], you see the non-Natives cheering for the Native students and how proud the parents and students feel in representing their school,” said Harvier. “I [asked myself] how could all our children experience [that feeling] of almost being accepted, being needed, being wanted. And I think of the work we need to do as tribal governments to make sure we have programs in place that allow our youth the opportunity to participate in these types of activities in the Community. We always say that our children are our future, and the older I get, the more I realize, yes, they are. We have a big responsibility as leadership to make sure that we are giving them all those opportunities to flourish and grow and to be good parents, to be good Community members, and to be good leaders.”

After Harvier’s prayer and comments, SRPMIC Veterans Representative Troy Truax and representatives of American Legion Bushmasters Post #114 posted the colors before the first session of the hearing began.

Governor Steven Lewis of the Gila River Indian Community and Dr. Monica Tsethlikai of Arizona State University spoke for the introductory session to provide an overview of the issues Native children are facing in this region.

“The children are our future, and it is important to identify and address the issues and challenges our Native youth face,” said Lewis. “It’s critical that we have innovative and culturally appropriate responses to address their needs, both on and off the reservation. Their success is truly our success, and the future of our tribes is in their hands.

As a tribal leader, I support all efforts to improve upon trauma reform responses. It’s very important to incorporate our culture into common systemic challenges that our youth face today. Most systems are not designed with our Native children at the forefront, from standardized testing to rehabilitative mental health healing services that do not incorporate our traditional values or address the intergenerational traumas that have been passed down to our youth.”

Lewis highlighted systematic challenges that have affected his tribal community, particularly the loss of their water.

“The theft of our water 150 years ago created that generational trauma, created a lot of the social and health problems that are endemic to the Gila River Indian Community, such as the high incidence of type 2 diabetes,” Lewis said. “This land here in Phoenix was built upon and cultivated by the Hohokam civilization, whom we are proudly connected to as our ancestors. They engineered water systems and canals over a thousand years ago that rival the greatest canals in the world.

“I tell our youth it is in their DNA being engineers, being water protectors, being in balance with our surrounding community, as are their historic ties to the Hohokam,” Lewis added. “This is in your blood, and you should honor that in your existence as young people by making those right decisions.”

Lewis explained that when addressing solutions to problems involving tribal youth, it is important to include them. The Gila River Indian Community has included youth members on various task forces and in policy development and legislative efforts.

In the Child Welfare, Juvenile Justice and Violence session, Assistant Youth Service Director and National Indian Child Welfare Association board member Mikah Carlos addressed the issues relating to the implementation of the Indian Child Welfare Act and how they can improve state, local and tribal collaboration in preventing child abuse and neglect.

Carlos reviewed the historical context of maltreatment in tribal communities. “We see that with colonization came efforts with the U.S. government and its allies to assimilate and disrupt tribal culture, take away resources, disrupt tribal governments and extinguish tribal religions,” said Carlos, “by forcibly removing Native [youth] from their lands and placing them in military-style boarding schools, relocating families to urban areas, and [undertaking a] mass removal of Native children from their families and communities to non-Native families and institutions. It has forced assimilation of Native children into a culture that is not their own. And what that has resulted in is widespread intergenerational and historic trauma and Native people being isolated from the people who are best suited to teach them how to exist in a family structure.”

Carlos suggested that culture be implemented in the child welfare services involving Native children and families and talked about the lack of data collection.

“We see [that] the federal data collection on child welfare services involving Native children and families has significant gaps,” said Carlos. “[So] we don’t have the data to support the funding, and also there are various restraints on federal funding for tribal welfare systems. If they are not eligible for Social Services block grants, we’re not able to create a system that allows tribal welfare systems to implement culturally based systems. We have to examine how we help tribes create these programs that are culturally appropriate and give them the funding and tools so we can reduce the trauma that is happening to children when they are placed in welfare systems. For a lot of children there is a sense of loss and loss of identity, which can lead to a lot of problematic behaviors because they are looking for something to fill that [loss]. And … we want to make sure that we do everything in our power to make sure that child remains in the community with their extended family, or somebody who understands what it means to be Indigenous or Native, so we can remove that feeling of loss, reduce that traumatic experience and hopefully put a stop to intergenerational trauma.”

The commission learned a lot over the three-day hearing. Other panels focused on early childhood education and looked at systems through the lens of leadership.

The commission is committed to bringing a voice to the issues brought to them by various stakeholders, and once they compete their study, they will issue a report with their recommendations on how to move the needle in a positive direction regarding outcomes for Native children. This will require action on federal, state, local and tribal levels. The commission’s recommendations will focus on better use of existing resources, improved coordination, more accurate data and measures, stronger public/private partnerships, and implementation of best practices to better address the needs of Native children.