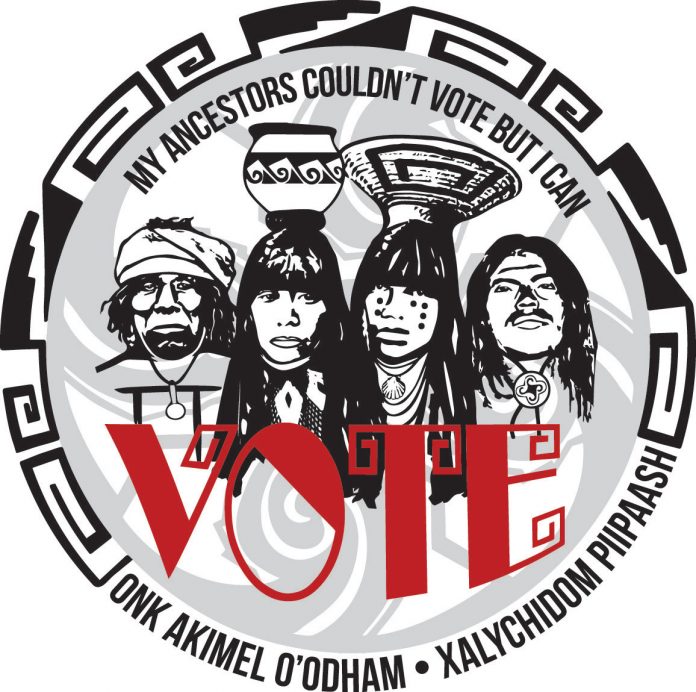 It’s a new year, and a new election cycle has begun.

The 2022 Arizona and nationwide general election will be held on November 8, with Arizona’s primary election falling on August 2.

Native votes have made a difference in recent elections, especially in 2018, when Kyrsten Sinema won the Arizona U.S. Senate race by a margin of only 55,900 votes out of 2.38 million total votes cast. That’s a difference of 2.4%.

In the 2018 Arizona gubernatorial race, incumbent Governor Doug Ducey won a third term by a margin of 336,522 votes, which is a difference of 14.8%.

In 2020, Joe Biden was elected President of the United States and won the Arizona popular vote by a margin of 10,457 votes, which is a difference of 0.03%. The Native American presidential vote in 2020 accounted for 0.04% of the 79.9% overall turnout for Arizona. So if you think your vote doesn’t count, think again.

“Right now, Community members are encouraged to make sure they are registered to vote,” said Angela Willeford, intergovernmental relations PR manager for the Salt River Pima-Maricopa Indian Community. “In addition, we encourage [people to] remind individuals in their family who turn 18 to register to vote by the November election.”

To register to vote, visit the Arizona voter registration website at https://servicearizona.com/VoterRegistration.

July 5—Deadline to register to vote

October 11—Deadline to register to vote

October 28—Deadline to request a ballot by mail