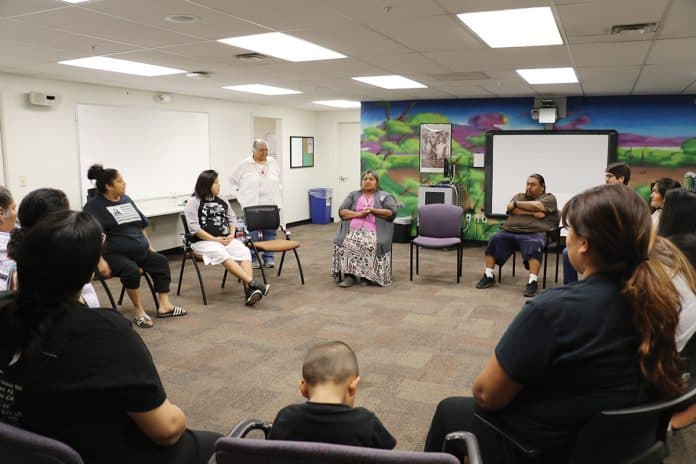 The first was the O’odham immersion class, which started on February 8 and ends on March 24. O’odham Education Specialist Mary Garcia taught the class. The focus was on the sounds one would hear often in O’odham and identifying them.

The other class was the Piipaash language class, taught by Sierra Ward, the CRD’s Piipaash Education Specialist. The Piipaash class took a different and specific approach to language learning; the focus was “We’re going to the store.” Students learned words and phrases related to shopping. The class began on February 23 and runs through April 6.

Teaching both languages is vital to our Community, as the SRPMIC is composed of an alliance of two tribes, the O’odham and the Piipaash, both with distinct languages and different traditions.

April 15, 2021
It has been challenging for the Ba’ag basketball program to find gyms or outdoor courts to practice on for much of the COVID-19 pandemic,...